Check the tracklist below, released via Big Mike’s Twitter. 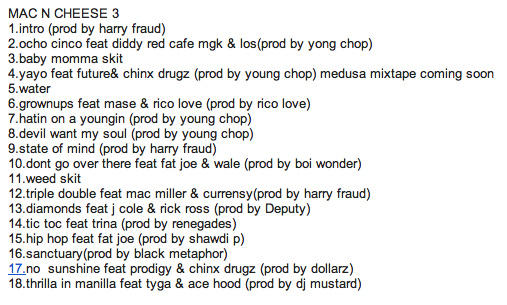 What do you think about his Tracklist? Please comment